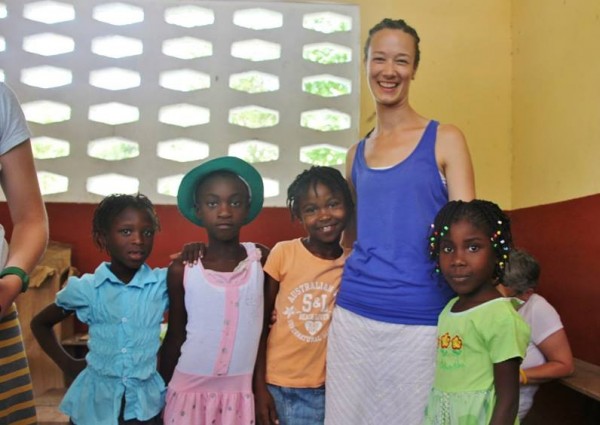 This past July, Ruth Ellen Dandurand, an employee from Ayers Promotions, joined a team with Hope for Health to provide malnutrition clinics in rural Haitian villages as a ministry outreach.  The team, assisted by several local Haitian friends, traveled by jeep to five different villages throughout the week.   The people were provided education on their natural resources, treatment for malnutrition, and an examination by a doctor.

We arrived at the church, a crude structure of woven rushes for walls, packed dirt for the floor, and palm branches for the roof.

Our destination for the afternoon was the village of Pas Twallet, not far from the south western coast of Haiti. We lugged our supplies in and found a room with a few rows of benches overloaded with families waiting for us to take care of them.  It was dark and stuffy in the church after the windy jeep ride in the bright sunshine.  But we got to work as quickly as possible after learning that the hundred or more people there had been waiting over four hours.

Another girl and I had been working our station, logging information to track the health of children for a while when a larger family came and stood in front of me.  One of the family members was a little boy; he stood across from where I was sitting and laid his thin cheek on the small table between us.  He looked at me with dark, sorrowful eyes and a glazed expression on his dirt stained face.  He was somewhat lethargic and had lightened hair; it had almost an orange tinge against his dark skin, a sure sign of malnutrition.

He was seven years old and looked comparable in size to a thin three year old boy.

As I read his measurements to my team mate, the computer revealed that this boy standing in front me was severely malnourished. This is not uncommon to this village or to any part of Haiti but it was this boy’s story that struck my heart at the core.   He had been seen several years earlier for the first time and was found severely malnourished; but, with the help of the micro nutrients, deworming, Vitamin A, and other supplies given by the team from Hope for Health, when they returned six months later there was a vast improvement.  His oversized belly had shrunk, his body was filling out, and he appeared more alert. Over the years, the boy maintained this status but as of our last visit, had taken a turn for the worse due to an extended bout of Chikungunya disease. As he was jostled off to the next station, my eyes followed him; every part of me wanting to pick him up and pour every ounce of the love Jesus has given me into this child.  But I had to remind myself of the others yet to be seen and that Jesus is already using me to show His great love for this child even through something as simple as a warm smile and a gentle touch.

This child, like many others in Haiti, will have permanent brain damage and stunted growth among other lasting effects of malnutrition. 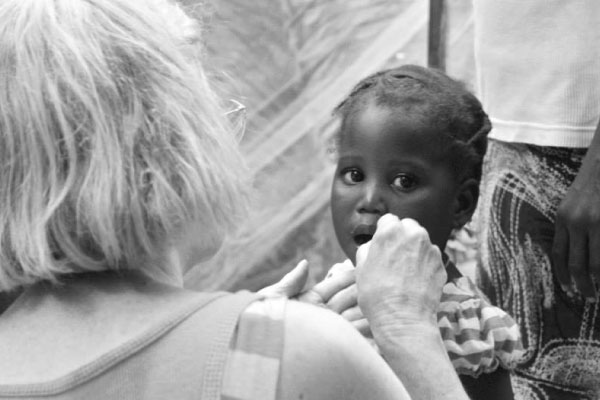 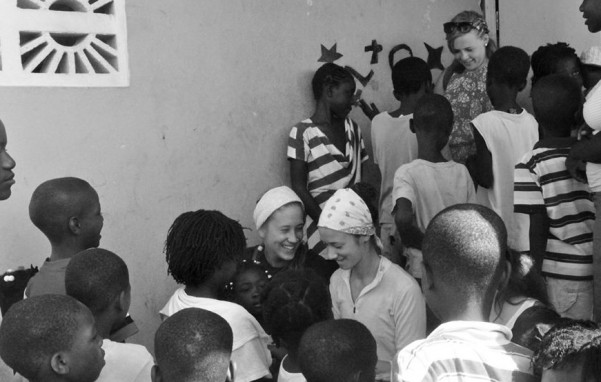 Playing hand games with my sister and several children while waiting for clinic to start.

The long term goal of Tree of Life International: Hope for Health is to end malnutrition in Haiti.  I had the privilege of being one of a team who went to serve and care for the people for a week the end of June 2014.  One week did not seem long enough to even put a dent in the overwhelming needs there, but after reflecting on what God had used me for in that place and remembering that at the end of all this, His power and glory will prevail over all the evils of this world we live in.  Our small team of 15, joined everyday by a number of local Haitian friends, was able to make a difference in 1,346 men, women, and children’s lives.  My time in Haiti, not only humbled me and opened my eyes to the devastation and poverty some people live in, but also reawakened in me a passion and calling to  bring hope to people’s lives through the love, grace, and power of our God.

“The King will reply, ‘Truly I tell you, whatever you did for one of the least of these brothers and sisters of mine, you did for me.’  ~ Matthew 25:40 (NIV) 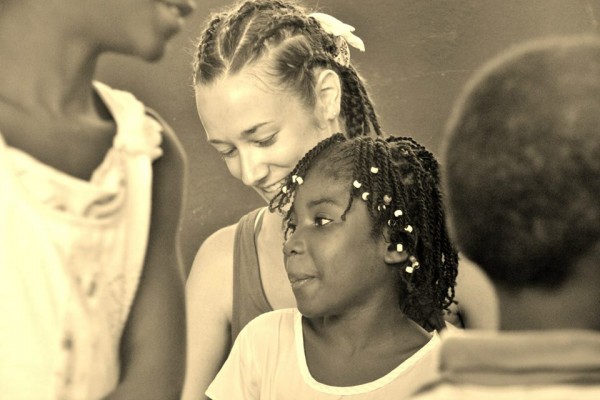 The children love to be held and played with. 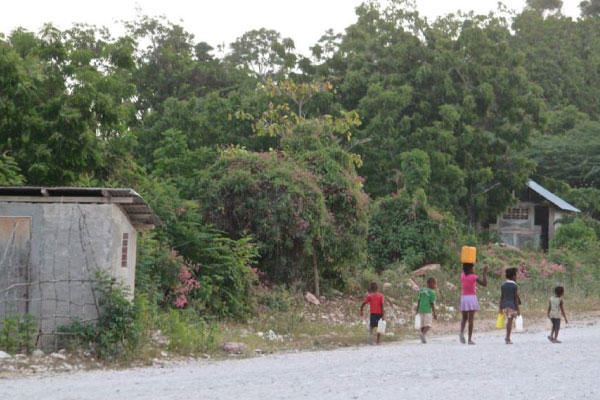 Village children carrying water back from the well. 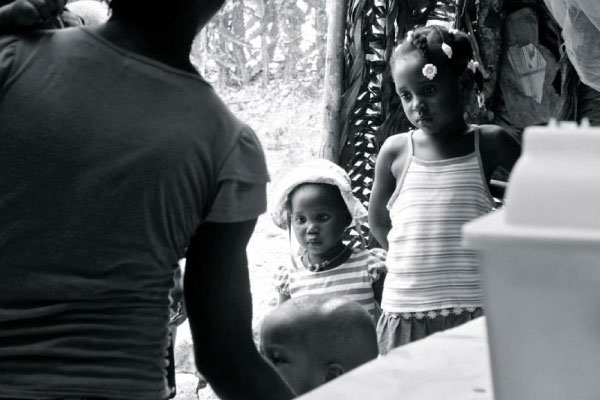 Children watching others get their fingers pricked at the anemia station at Pastwallet. 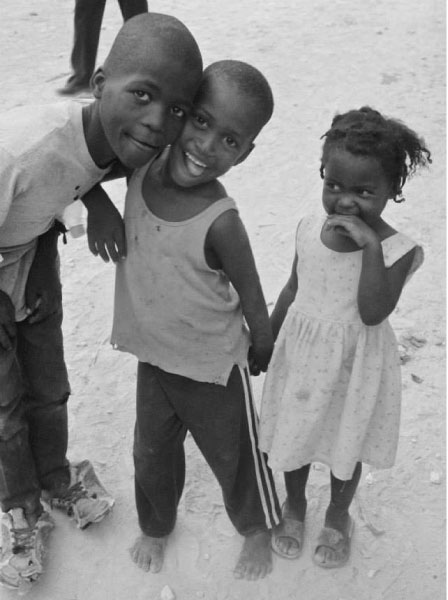 Our friends from LaBaleine where we lived for the week at the mission house. 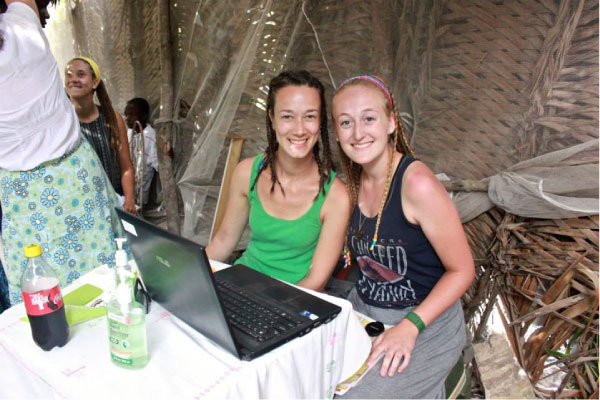 My partner, Jo Benner (right) and I (left) at the data entry station in Pastwallet. 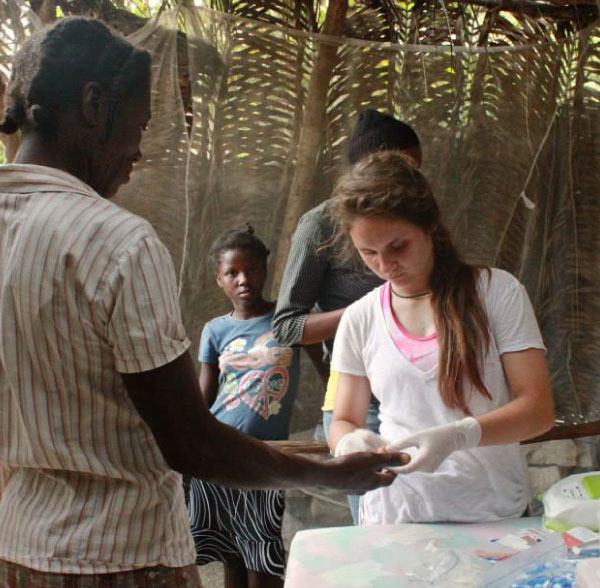 Emily working at the anemia station in Pastwallet. 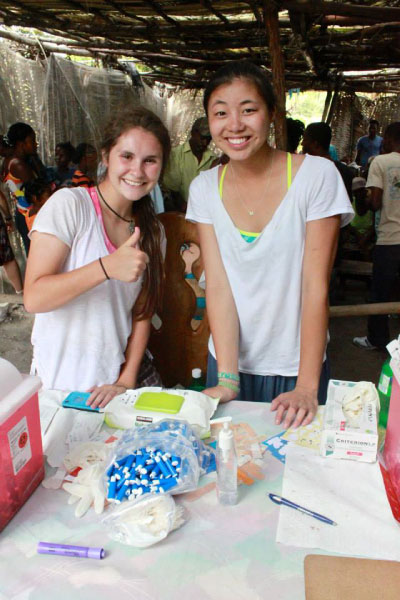 Emily and Mattea having fun at anemia station.  Notice the church of Pastwallet as referenced in the story above. 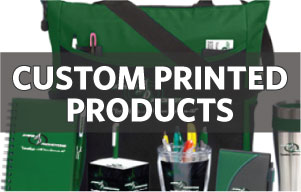 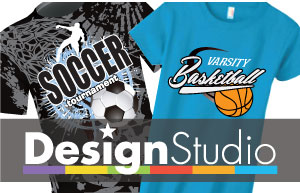 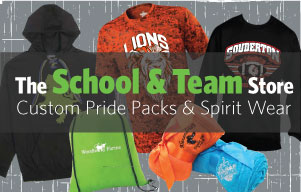 So, you want to build your business with logo’d promotional products?
Download your free eBook and get updates from us.

You will learn how to use promo products to:
- Build new business
- Increase sales
- Improve employee performance
- Learn top promo items and uses